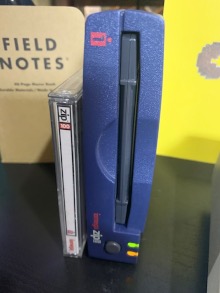 Sometime in 1994 I purchased my Iomega Parallel Port Zip drive when they were originally released to transfer files between friends. At the time, hard disks were around 500 MB, so Zip drives were an economical way to backup your computer. Floppy disks at that time were only 1.44 MB, so the Zip drives were a major technological breakthrough. I used this drive heavily in the late 1990s, and during that time, several other models were released, and I suspect Iomega turned to very cheap manufacturing to maximize profit. The newer devices turned out to be a real lemon, and the "Click of Death" was a common ailment affecting some Zip Drives. As a result, in 2006, PC World rated the Zip drive as the 15th worst technology product of all time after a year earlier rating the Zip drive as the 36th greatest gadget of the past 50 years despite its known problems.

I have had tremendous success with what I describe as a first-generation model of the Zip Drive. The 100 MB seemed huge back in the mid to late 1990s. I remember installing games on the disks rather than my hard drive to conserve space. There is no actual use for this Zip Drive any longer, but I decided to see if I could still access disks via my Zip Drive, and the task proved to be complicated. USB to Parallel port cables do not work because they do not push data in both directions as the old Parallel ports did. So I could not get my modern desktops to talk to the Zip Drive; Linux would recognize the drive, identifying the device as Iomega but would not allow me to read the disks. If anyone has ever had success with USB to the parallel port connector for zip drives, please let me know, and I will update this post and credit you for the information. I installed Ubuntu on an old Dell with a parallel printer port, and I can report that my drive still works. I last used the Zip drive briefly in 2008 to dump nightly MySQL backups to a disk. I thought I would do this until the unit failed; the need for the process came to an end before my Iomega Zip drive ever stopped working.

My Zip disks are all from 1994 or 1995, which in my opinion, is impressive that I can still read them. Many burned CDs and DVDs no longer work after some time, and these disks are over 20 years old. I decided that this would likely be the last time I have old enough technology available to access the drive, so I had better go through the old disks to collect anything I might want. Some of the items I found on the disks were quite exciting time capsules.

Types of Files Found on My Zip Disks 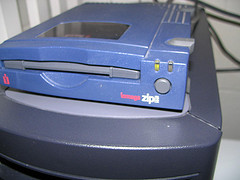 I do not hold onto a lot of old technology, but I have an affinity for hardware that works and works for a long time. The complaints about the Zip drives are very well warranted. Amazingly, my Zip Drive must have been built when the company cared about quality above profit, a mission that later turned to profit above quality. This Zip drive is over 25 years old and still works; if I could easily access it on newer hardware, I would probably continue to try and use it, though my confidence has wained that I could easily access any important data I might consider putting on the disks and who would I share that data with?