Virtualizing Linux on an M1 Mac 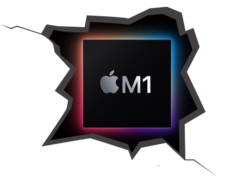 Virtualizing Linux on an M1 Mac Mini using UTM / QEMU offers brilliant performance, even on the base 2020 Mac Mini, a VM with 2GB of memory and 4 cores is impressively fast. In my testing, boot times were faster than 20 seconds, and a Geekbench 5 score of 1645 for a single core to 5576 for multi-core was the average. I was so impressed; I have been running this blog from the small VM for the last two months and have no plans to change it.

When I posted earlier about moving the website from FreeBSD back to Linux, I moved to Ubuntu 22.04 LTS VM running on my Mac Mini M1. I was most worried about crashes, bugs, or possibly the VM affecting the performance of the Mac Mini, but those worries soon disappeared. My everyday workflows have not been influenced in any way; the longer I work with the Mac Mini M1, the more impressed I am with this little workhorse. I load-tested the server with Ali, sending hundreds of connections a second, and the server barely blinked. I am hard-pressed to get the VM to use any memory; I could probably run with 1GB of memory and never have an issue.

It is worth noting that I did my own minimal installation of Ubuntu; I did not use a UTM gallery image as I wanted the installation to be as minimal as possible for my needs. I am intrigued to try the ReactOS and Sun Solaris images at some point. I wish there were an IRIX image, but I do not believe they can emulate IRIX, which may be due to legal reasons.